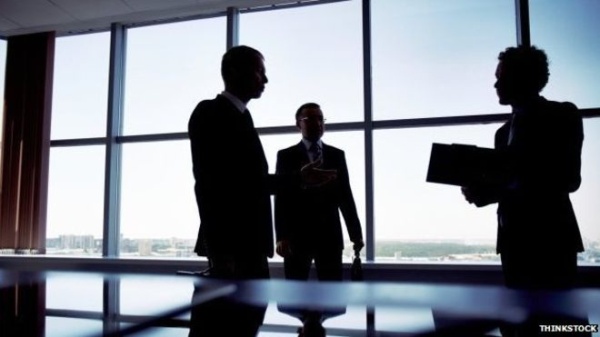 Courtesy of Zoe Conway @ The BBC:

Anderson Group, one of the recruitment industry’s most high-profile companies, is promoting an “aggressive” tax avoidance scheme which experts are calling “abusive”.
The scheme works by exploiting the government’s Employment Allowance.

The scam could deprive the Treasury of tens of millions of pounds of National Insurance payments.

Anderson Group says that all of its services are fully compliant with UK tax laws.
It says it is “totally incorrect” to say that Anderson Group is promoting the scheme and says it is a product being offered by one of its clients.

Anderson Group, which calls itself the UK’s “leading provider of support services to the recruitment industry” has hundreds of agencies and thousands of contractors on its books.

The tax avoidance scheme works by exploiting the government’s Employment Allowance which was introduced last year.

The allowance enables companies to claim £2,000 off their annual employers’ National Insurance bill and was meant to encourage small businesses to take on more workers.
Secret recording

The agency he was pitching to employs 300 workers, many of whom work in low paid jobs in warehouses or as labourers.

Mr Moran suggested that if the recruitment agency were to set up more than 100 limited companies with a couple of workers in each of them, each company could then claim the £2,000 allowance.

By Mr Moran’s calculations the agency’s National Insurance bill would then fall from £300,000 a year to zero.

Mr Moran suggested the recruitment agency, which has no intention of using the scheme, might like to spend the £300,000 on Bentleys and ski chalets.

Mr Moran told the recruitment agency that 10,000 workers were now being employed through these companies, and the goal was to increase that to 20,000.

At the meeting, Mr Moran admitted that the Employment Allowance was being misused: ”It wasn’t intended to be used exactly like this,” he said.
”Let’s be straight, but they set the rules, we’ll build a product.”

Robin Williamson, head of the low incomes tax reform group at the Chartered Institute of Taxation, has called the scheme “highly aggressive” and “abusive”.

He says it drives a coach and horse through the legislation: ”To use the colloquial – they are having a laugh.”

The BBC found on the Companies House website more than two thousand limited companies created by those behind the tax avoidance scheme.

“Schemes like this don’t work and anyone thinking of using it should think again,”

Jennie Granger, head of compliance at HMRC told the BBC.

“Failing to disclose an attempted avoidance scheme is punishable by a fine of up to £1m,” she added.

HMRC has promised to “pursue users and promoters” of the scheme.

Tax expert and financial reform campaigner Richard Murphy thinks the scheme’s promoters are banking on the idea that by the time HMRC catch up with them, there’ll be no money to recover.

‘”What they’ll say is: well, there’s no money in any of these companies, they’re all empty shells, therefore, you can sue us, you can put us in to liquidation, but they’ll be nothing for you to have,” he said.

Mr Murphy believes it’s time to consider whether there should be a penalty on the directors of limited companies set up for the purposes of abusing the tax system.

None of the tax experts the BBC spoke to were surprised that this scheme was operating within the recruitment industry.

For years this sector has been dogged by allegations of tax avoidance and exploitation of low paid workers. The Treasury is consulting on ways to clean up the sector’s shady practices.

Speaking on the Today programme about the UK tax industry, former chair of the Public Accounts Committee Margaret Hodge said: “There are hundreds of people advising on how you could exploit the system, some of them used to worked for the government, and we need to crack down on those advisors.

“We have a ridiculously complex tax scheme with over 1,100 tax relief schemes. I think we should simplify the system.

“In 2010 the government said they’d simplify the tax system, but we ended up with 100 more tax relief schemes than we went in with.”

She added that it was worth investing in HMRC because every pound invested in it brought in about £9 in recovered tax.