Just waiting to be put on a no-fly list and classed as a non-violent extremist but there’s no mention of bills of exchange…there is hope, though bare in mind that the ISIS psyop is doing well. I wonder who is buying their oil and thus funding the ‘terrorists’. Courtesy of ZeroHedge:

It appears the rumors are true. Islamic State is set to become the only ‘state’ to back its currency with gold (silver and copper) as it unveils the new coins that will be used in an attempt to solidify its makeshift caliphate. ISIS says the new currency will take the group out of “the oppressors’ money system.” 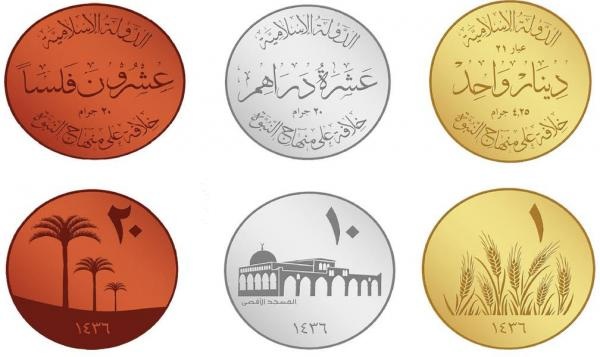 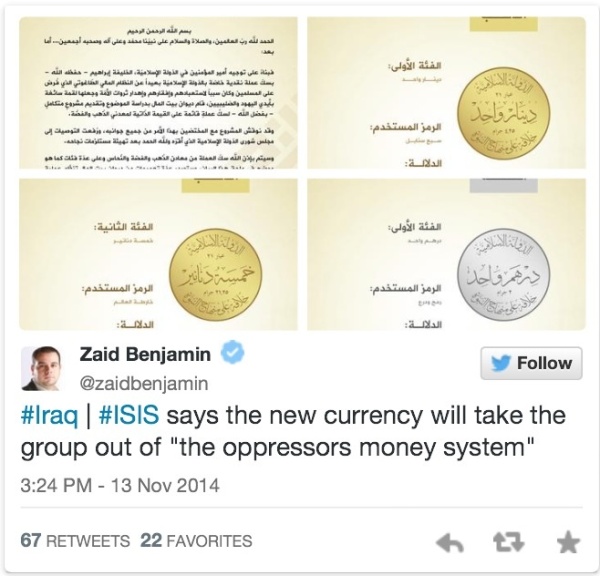 Geo-politics is about to get very interesting as China have announced that they have expanded their gold reserves by 76% ergo having the 3rd largest gold reserves in the world. According to the voluntary reporting system of IMF which monitors international gold reserves, China’s gold reserves have increased from 1,054 Tons in 2009 to April to 2,710 metric tons. To stir the plot a lot more, those naughty yanks have been manipulating the gold market and it’s out in the open, tinfoil is the new black. Courtesy of The Hedge:

Remember when banks were exposed manipulating virtually everything except precious metals, because obviously nobody ever manipulates the price of gold and silver? After all, the biggest “conspiracy theory” of all is that crazy gold bugs blame every move against them on some vile manipulator. It may be time to shift yet another conspiracy “theory” into the “fact” bin, thanks to Elke Koenig, the president of Germany’s top financial regulator, Bafin, which apparently is not as corrupt, complicit and clueless as its US equivalent, and who said that in addition to currency rates, manipulation of precious metals “is worse than the Libor-rigging scandal.” Hear that Bart Chilton and friends from the CFTC?

More on what Eike said from Bloomberg:

The allegations about the currency and precious metals markets are “particularly serious, because such reference values are based — unlike Libor and Euribor — typically on transactions in liquid markets and not on estimates of the banks,” Elke Koenig, the president of Bafin, said in a speech in Frankfurt today. END_OF_DOCUMENT_TOKEN_TO_BE_REPLACED