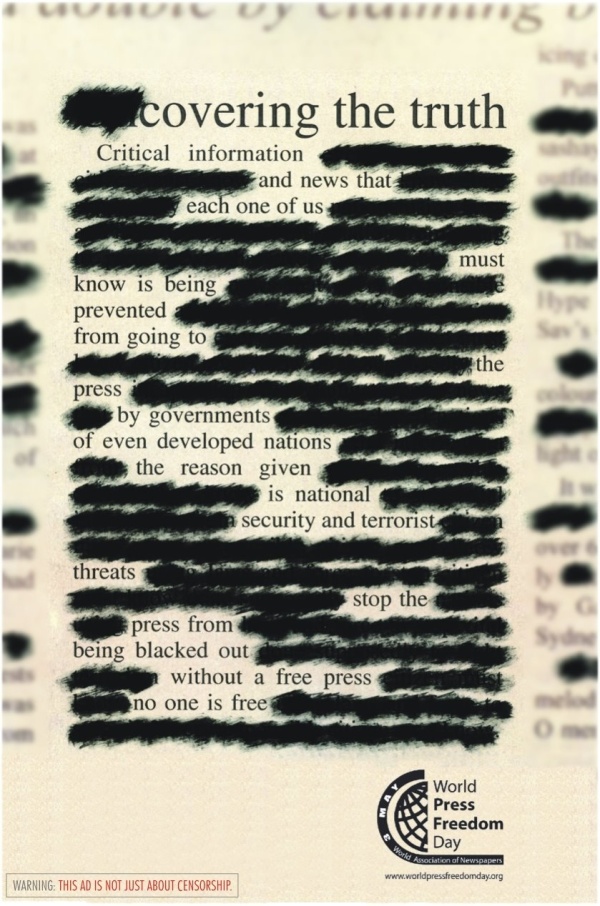 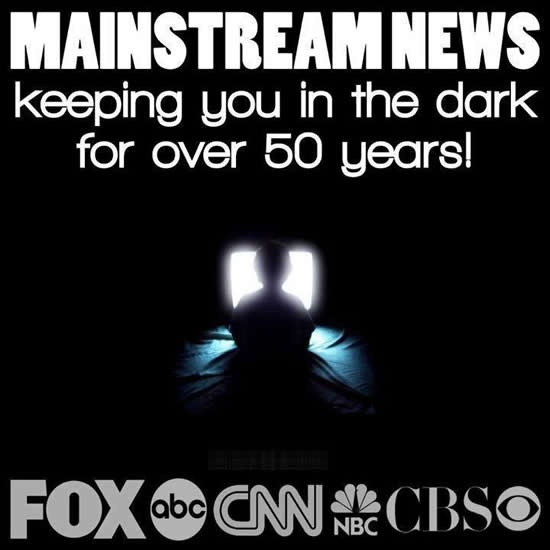 Quietly, disconnecting your mind from the influence of mainstream media news is one of the most powerful singular actions you can take to not only change the world around you but to change the perception and vibration of the people around you. Mass media hypnosis is known to be designed to keep you in the matrix of lies that humanity is under. Anyone who breaks away from the mass media spell will confirm how it completely changes your mind, your thoughts, your perceptions and thus your overall experience as a human being on earth.

Get connected to the zeitgeist of the truth and freedom movement. Use your brain, face your fears and break out of the chains that bind your mind. This is just a reminder that the control system which has most of humanity under its spell has been in place before any of us were born. A lot of practice and perfection has gone into maintaining this current status quo which is now losing its influence with every day that goes by.

Life is too precious for you to allow yours to be controlled by six private corporations that are controlled by the Council of Foreign Relations and the Central Intelligence Agency. Yes, life is much more than any of these ideology groups can throw at you. You need only to realize their deception and manipulation to experience a genuine awakening. So why not start now?

See the deception with your own eyes. Follow alternative news and social media anti-mainstream media news for key stories and key arguments to follow up on yourself. Don’t believe anyone just because they represent a certain logo or website. See the stories, see where mainstream media is being exposed in real-time, then test these arguments for yourself and soon you’ll see that the criticisms against the controlled mainstream media that are coming out every single day are very legitimate. You’ll soon realize you’ve been had. END_OF_DOCUMENT_TOKEN_TO_BE_REPLACED

Courtesy of Justin King @ Anti-Media and published on The Burning Platform:

George Orwell ranks among the most profound social critics of the modern era. Some of his quotations, more than a half a century old, show the depth of understanding an enlightened mind can have about the future.

1) “In our age there is no such thing as ‘keeping out of politics.’ All issues are political issues, and politics itself is a mass of lies, evasions, folly, hatred and schizophrenia.”

Though many in the modern age have the will to bury their head in the sand when it comes to political matters, nobody can only concern themselves with the proverbial pebble in their shoe. If one is successful in avoiding politics, at some point the effects of the political decisions they abstained from participating in will reach their front door. More often than not, by that time the person has already whatever whisper of a voice the government has allowed them.

2) “All the war-propaganda, all the screaming and lies and hatred, comes invariably from people who are not fighting.”

Examining the nightly news in the run up to almost any military intervention will find scores of talking heads crying for blood to flow in the streets of some city the name of which they just learned to pronounce. Once the bullets start flying, those that clamored for war will still be safely on set bringing you up-to-the-minute coverage of the carnage while their stock in Raytheon climbs.

3) “War against a foreign country only happens when the moneyed classes think they are going to profit from it.”

It’s pretty self-explanatory and while it may be hard to swallow, it’s certainly true. All it takes is a quick look at who benefited from the recent wars waged by the United States to see Orwell’s quip take life.

4) “The very concept of objective truth is fading out of the world. Lies will pass into history.”

My most prized books are a collection of history books from around the world. I have an Iraqi book that recounts the glory of Saddam Hussein’s victory over the United States in 1991. I have books from three different nations claiming that one of their citizens was the first to fly. As some of the most powerful nations in the world agree to let certain facts be “forgotten,” the trend will only get worse. History is written by the victor, and the victor will never be asked if he told the truth. END_OF_DOCUMENT_TOKEN_TO_BE_REPLACED

If human beings are presented with truth and knowledge, they can then act in the best interest of themselves, their families, their friends and the common man. Without truth or knowledge, the opposite is true. Courtesy of Avital Andrews @ Pacific Standard Mag:

If you know that someone knows something that you also know, does that make you more likely to cooperate with them? A new study out of Harvard suggests the answer is yes.

Social psychology has plenty of studies that examine altruism, but there hasn’t been much research that looks into its obscure cousin, “mutualistic cooperation”—that is, when people cooperate to benefit each other and themselves.

“Human cognition may have been shaped by natural selection to solve coordination problems.”

To start rectifying that, a group of researchers, including the popular author Steven Pinker, designed and ran four game theory-type experiments on 1,033 people that involved giving subjects varying levels of information, from private to common—the common knowledge was literally broadcast over a loudspeaker. Each person was then given a set of decisions with varying costs and payoffs, and allowed to choose whether to work by themselves or with others. In many cases, participants needed common knowledge and others’ help to get the games’ maximum benefit. The researchers also manipulated what their subjects knew about their partners’ knowledge.

The resulting study, published last week in the Journal of Personality and Social Psychology, suggests that when people have common knowledge, they’re much likelier to act in each others’ best interest.

“Because it may be costly to engage in a coordinated activity when no one else does so, attempts to coordinate can be risky when it is unclear what other people will do,” the paper explains. “If one protester shows up he gets shot, but if a million show up they may send the dictator packing.” END_OF_DOCUMENT_TOKEN_TO_BE_REPLACED 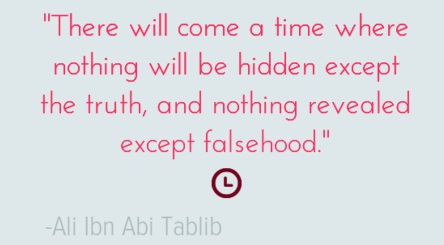